Home > FAQ > Tyre to diesel > What is distillate fuel oil ?

What is distillate fuel oil ? 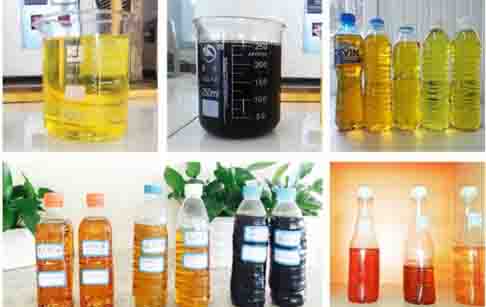 Distillate fuel oil
A lightweight mixture of liquid hydrocarbons that are derived from petroleum. The hydrocarbons in diesel oil contain between 13 and 25 carbon atoms.

Distillation is a widely used method for separating mixtures based on differences in the conditions required to change the phase of components of the mixture. To separate a mixture of liquids, the liquid can be heated to force components, which have different boiling points, into the gas phase. The gas is then condensed back into liquid form and collected. Repeating the process on the collected liquid to improve the purity of the product is called double distillation. Although the term is most commonly applied to liquids, the reverse process can be used to separate gases by liquefying components using changes in temperature and/or pressure. 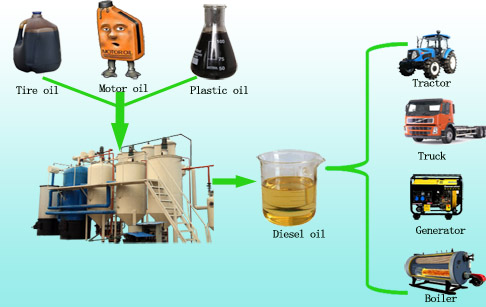 NEXT：How is diesel fuel made?