Home > FAQ > Waste oil to diesel > What are the steps involved in the used lubricant oil recycling processes?

What are the steps involved in the used lubricant oil recycling processes? 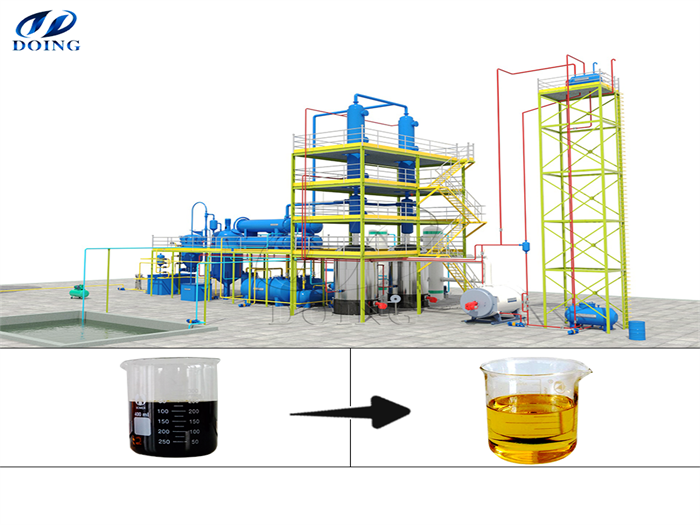 Heat conducting oil circulates throughout the system in preparation for subsequent heating.

2. Heating distillation reactor to produce oil gas and condensing it into liquid oil

Use heat conducting oil and burner to heat the distillation reactor, so that the used lubricant oil produces oil gas, which is condensed into liquid oil through the condensation system (vertical condenser, horizontal condenser).

The liquid oil in the fuel tank is pumped into the decolorization and deodorization tank through the oil pump to remove the wax and colloid in the liquid oil, and at the same time remove the unpleasant smell of diesel.

Part of the non-condensable but combustible gas can be recycled for heating the distillation reactor to save fuel. 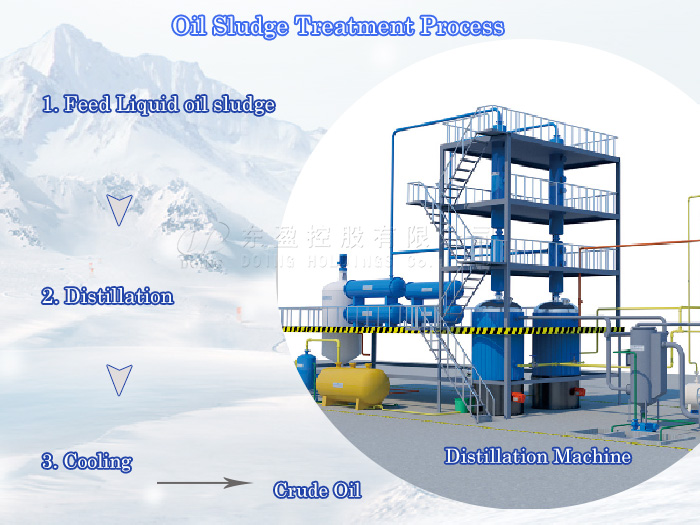 The flue gas generated during the fuel combustion process can reach the national gas emission standard after being purified by the flue gas purification system, and will not cause secondary pollution to the environment.

By virtue of the advantages of 85% high diesel yield, good performance and advanced technology, DOING Group has become the preferential choice to purchase the machines of the customers in 90+ countries. If you are interested in DOING waste oil distillation machines and want to know about more information, please feel free to consult.

NEXT：How to set up the Waste Motor Oil (WMO) to Diesel Fuel Project?