How to refine used engine oil?

One used engine oil is that mixed with water, dust, other miscellaneous oil and metal powder and other impurities produced by the wear of parts, resulting in black color, viscosity increase. Another used engine oil refers to those oil which gradually deteriorates and forms of organic acids, colloid and asphalt like substances. There are varieties ways to cope with used engine oil. But if you do not deal it with right and reasonable method, used engine oil will pose potential threat to the environment we live in. DOING will introduce some common dealing method and tell you the best way for dealing used engine oil.

Used engine oil is combustible oil. It can be burning to deal with. But the gas produced by used engine oil contains polycyclic aromatic oxide. It emission to the air will cause pollution and pose great threat to human health. 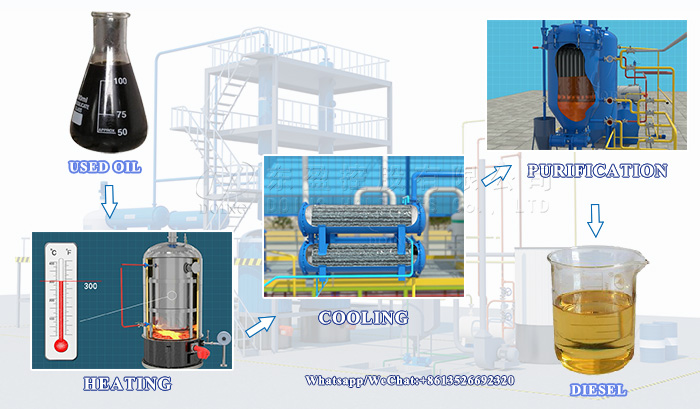