How to purify used engine oil？ 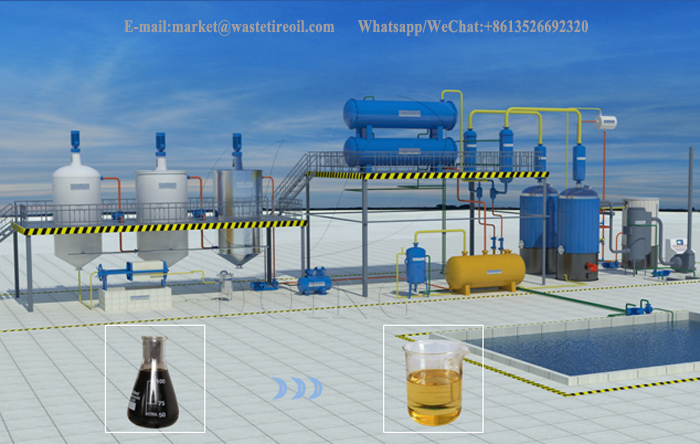 Used engine oil refers to waste lubricating oil that has been replaced by various machinery, vehicles and ships. The production process is caused by the large amount of colloids and oxides generated by the external pollution during the use of the lubricating oil, thereby reducing or even losing its efficacy and having to be replaced. Engine oil are used in a wide range of applications, such as various machinery, vehicles and ships, and must be replaced at least once a month, and the price of engine oil is expensive. According to statistics, in China, the amount of used engine oil that needs to be replaced every month from motor vehicles, transport ships and fishing boats is more than 4 million tons. The quantity is so large, but it is rarely recycled. Most of used engine oil is dumped or burned on the spot, which wastes a lot of resources and causes serious environmental pollution. This is why we need to purify the used engine oil. But how to purify used engine oil？ 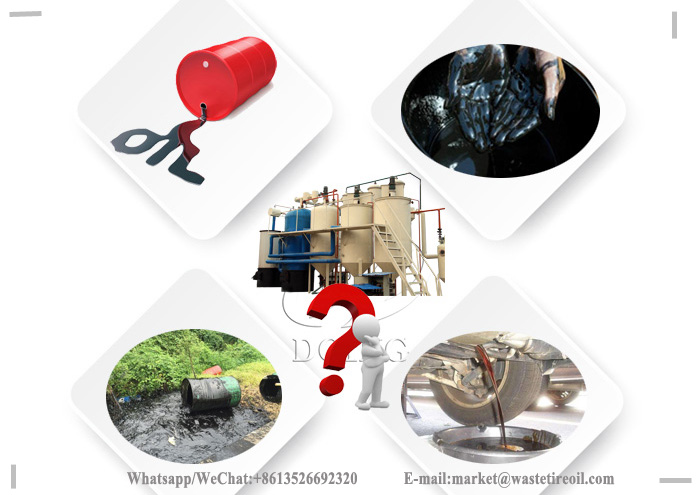 Our used engine oil distillation machine can directly purify used engine oil into diesel. After distillation, cooling, purification, finally get pure diesel and the conversion rate of diesel can reach 85%. The diesel can be used in boilers, generators, burners, agricultural machinery, construction machinery, ship engines, etc. Therefore, the market for the diesel is very good, like some power plants, gas stations and various factories that require fuel heating, as well as some buyers who specialize in acquiring such diesel products. In short, you don't have to worry about the sales of diesel, you can ensure the benefits! 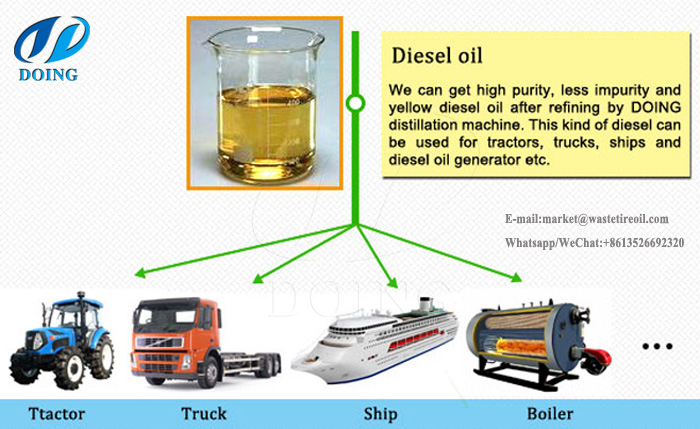 The uses of diesel from used engine oil distillation machine

Therefore purify used engine oil can not only ease the contradiction between supply and demand in China, but also promote environmental protection waste into treasure and create considerable economic benefits.

Nowadays, many people are engaged in the purification of used engine oil, and they have obtained objective benefits.

If you have a lot of used motor oil around you, or have plans to do waste oil recovery projects, please contact us, our professional team will give you the most suitable recycling program.

NEXT：What are the recycling methods of waste lubricating oil?